(Eugene, OR) Eugene’s alternatives to armed police response, including White Bird Clinic’s nationally lauded CAHOOTS program, are an example of best practices but aren’t without challenges.

CAHOOTS stands for Crisis Assistance Helping Out On The Streets. The service operated completely separate from EPD for the first two decades but began its first shift funded by the police department in July 1989.

The Eugene-based unarmed, mobile crisis intervention team has been receiving national attention for its alternative response to behavioral health issues and other kinds of crisis that might not need or benefit from police response. Interest in the program exploded after the summer of 2020, when an activist movement against racism and police brutality was sparked by the murder of George Floyd.

CAHOOTS is a “very good model,” Weinzetl said, and it’s rightfully getting national attention for its best practices.

The service is well received, she said, but it’s become overburdened in many ways.

“What we heard consistently throughout (from) folks we spoke with was that CAHOOTS is great, we really need them, but their availability has really suffered, and response times have been a challenge,” Weinzetl said. “That has really created a bottleneck in terms of providing these core services.”

Call volume is a challenge for EPD and CAHOOTS alike, she said, with both reporting ‘extensive volumes’ that have become burdensome.

The team from Berry Dunn has observed that CAHOOTS is managing calls that are more humanitarian or service based in nature, Weinzetl said. While that’s admirable, she said, it impedes the ability for the program to focus on mental health needs that meet the skill set of CAHOOTS staff.

The city likely needs to consider whether CAHOOTS should continue responding to low-acuity calls, she said, and she would expect to see some of the services the White Bird program is providing to peel off and go to other government departments or agencies or local organizations. 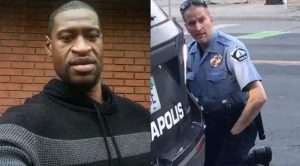 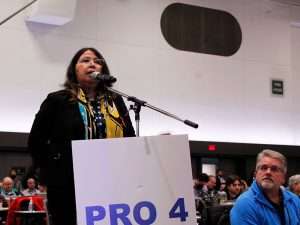 Several historic resolutions supporting Indigenous rights were considered at this year’s convention. “‘We have to come to terms with the violence that the police have