(Sydney, Australia) Caroline Cuddihy, the CEO of Sunnyfield, admits their failure to protect residents from violence, in front of the Royal Disability Commission hearing. This is the third day of hearings regarding violence, abuse, neglect and exploitation of people with disability at Sunnyfield Disability Services. Ms Cuddihy accepted responsibility for failing to prevent violence and abuse to disabled residents Melissa, Carl and Chen* inside their own home in western Sydney. The commission heard evidence that Carl was punched and kicked in 2018 and 2019, and Melissa received an eviction notice after Sunnyfield assessed her sister as a reputational risk to the organization.

Throughout the hearing, Ms Cuddihy tried to paint Sunnyfield as victims of the “deceitful” conduct of the two support workers known as SP1 and SP2. The crux of the hearing was unpacking how much fault lay with the two sacked workers, and how much Sunnyfield’s systemic governance failures contributed to the crisis that developed inside the house.

The following is a sample of the transcript:

Kate Eastman, asked Ms Cuddihy “Has Sunnyfield ever apologized to either the residents after SP1 and SP2 were terminated.”

“And there was no apology in relation to any of the familiar members?” Ms Eastman asked.

“Yes, and I regret that as well,” Ms Cuddihy said.

“And you, yourself, have not personally met with any of the family members in relation to the events concerning SP1 and SP2 to apologise, have you?” Ms Eastman asked.

“No, and I regret that also.” Ms Cuddihy said.

“Has at any time Sunnyfield sought to apologise for its responsibility in relation to these events occurring?”

“Only in this statement and that also I regret.”

“Is that because it took having to come to the royal commission to make an apology?”

Commission chairman Ronald Sackville, questioned whether it was appropriate for Sunnyfield – which receives $93 million a year in public funds – to be governed by a board and led by a management team without anyone with a lived experience of disability. More of this story here. 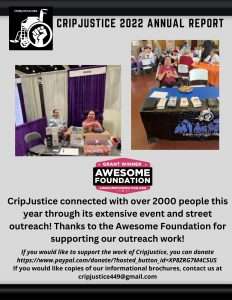 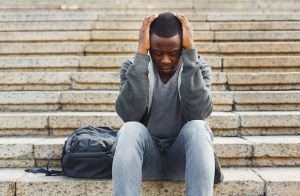 “Missouri students of color with disabilities face harsher school disciplinary practices than their white peers, which can lead them into the juvenile justice system. Disrupting