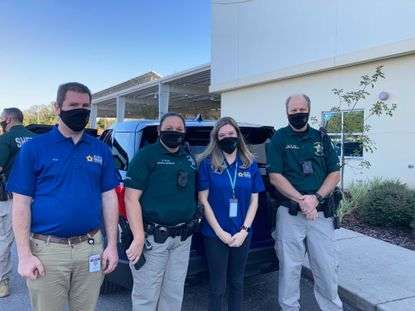 (Florida, US) Black Lives Matter Restoration Polk, a local group of the national BLM movement, was protesting the proposal of a law-and-order bill. DeSantis’ controversial law-and-order package “would create new felony crimes when property is damaged or when people are injured as a result of protests involving seven or more individuals. The measure would also […]