Lack of Misconduct Investigations Against Police Officers with Misconduct Allegations 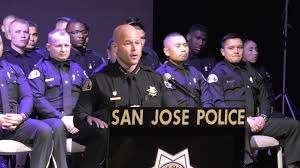 The annual Independent Police Auditor (IPA) report shows that 333 public conduct complaints were filed against San Jose police officers in 2021, containing 1,000 misconduct allegations; a complaint can include multiple allegations: The complaint total represented a 24% increase from 2020. Throughout the report, Nurre, San Jose’s independent police auditor, and her staff repeatedly found while […]

Massachusetts Gov. Charlie Baker announced that he had signed police reform legislation into law. The measure bans chokeholds, using tear gas on large demonstrations and most no-knock warrants where a child or person over age 65 is home. It also creates a civilian-led oversight board that will certify officers and can handle misconduct complaints. The […]