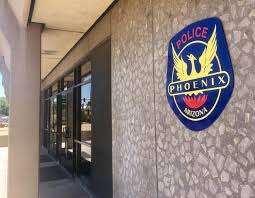 The Problem with Police involved with mental health

People with disabilities or mental illness are 16 times more likely to die from a police encounter. “Many police departments do not provide sufficient training on how to respectfully and safely interact with people in crisis”. Many crisis response units have been popping up as an alternative to policing. The Mental Health First Oakland was […]

Deaf People Dealing With Police in the Era of Covid-19

“The overall approach of police officers to most situations generally is to perceive anything other than full and immediate compliance with verbal instructions or commands as  intentional noncompliance.” says Howard Rosenblum, the chief executive officer of the National Association of the Deaf. “Such approaches … are not conducive to resolving communication issues with deaf and […]

(Richmond, VA) You will be charged with a 6-month mandatory minimum sentence in addition to a felony if you assault a police officer. Advocates for people with psychiatrics disabilities argue that assault can be easily misinterpreted. For example, James is a 27-year old with with autism. Due to his autism, he spits subconsciously which can […]

The Terror of Policing for People with Disabilities